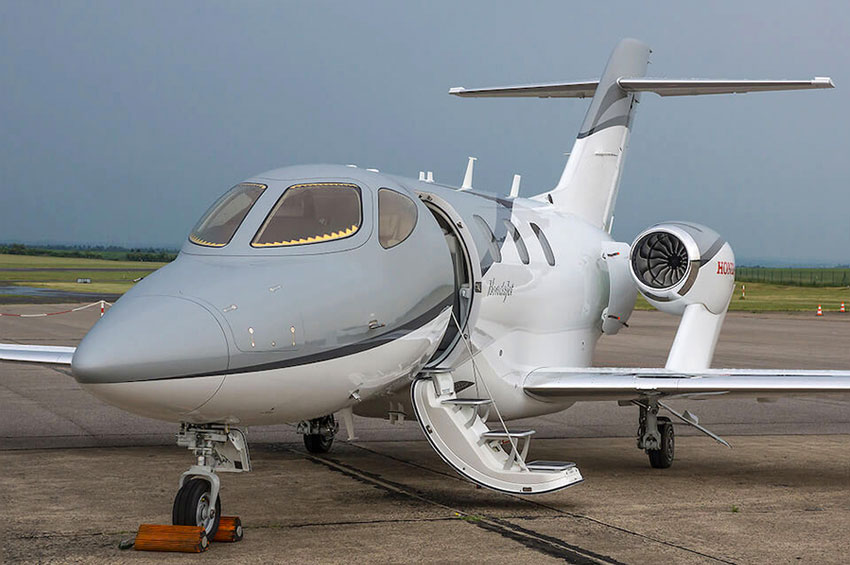 October 11, 2019
Posted by: AeroClassifieds
No Comments

The twin-engine, seven-seat HondaJet HA-420 is the first aircraft developed by Honda Aircraft Company. The over-the-wing engine mount is the major differentiating feature of the HondaJet and was engineered and proven by Honda after more than 20 years of extensive research and development. The HondaJet’s over wing engine mount configuration was designed to maximize cabin space and achieve lower wave drag at a high Mach number. The nose and wing are designed for laminar flow, and the main fuselage has a constant profile.

Honda began to research compact business jets in 1986. The design of the first HondaJet was years in the making, but the concept was locked-in in 1999. The first proof-of-concept version of the HondaJet flew in 2003 with the first FAA-conforming/production ready HondaJet having its first flight in December 2010. The GE Honda HF120 engine received FAA type certification on 13 December 2013, and production certification in 2015. The HondaJet HA-420 was certified in December 2015 with the first delivery happening that same month. A total of 120 HondaJet HA-420 aircraft have been built with 2 retired/stored and 28 at the manufacturer.

Contact Us at +1 919 941 8400 or info@jetcraft.com to request a custom range report including detailed aircraft comparisons.

Click Here to view aircraft for sale by Jetcraft.