The Cessna 205, 206, and 207, known primarily as the Stationair (and marketed variously as the Super Skywagon, Skywagon and Super Skylane) are a family of single-engined, general aviation aircraft with fixed landing gear, used in commercial air service and also for personal use. The family was originally developed from the popular retractable-gear Cessna 210 and produced by the Cessna Aircraft Company.

The line’s combination of a powerful engine, rugged construction and a large cabin has made these aircraft popular bush planes. Cessna describes the 206 as “the sport-utility vehicle of the air.” These airplanes are also used for aerial photography, skydiving and other utility purposes. They can also be equipped with floats, amphibious floats and skis. Alternatively, they can be fitted with luxury appointments for use as a personal air transport. 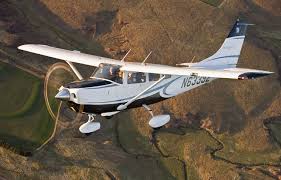