It is a development of the Cirrus SR20, with a larger wing, higher fuel capacity, and a more powerful, 310-horsepower (231 kW) engine.

The SR22 series has been the world’s best-selling general aviation (GA) airplane every year since 2003. With 6,149 units delivered from 2001–19, and in combination with the SR20, a total of 7,645, it is among the most-produced aircraft of the 21st century, and is the single most-produced GA aircraft made from composite material, accounting for over 30% of the entire piston aircraft market.

The Cirrus SR22 is equipped with a whole-plane emergency recovery parachute system: the Cirrus Airframe Parachute System (CAPS). This has contributed to its market success and has given it the name “the plane with the parachute”

Looking to sell a Cirrus SR22? 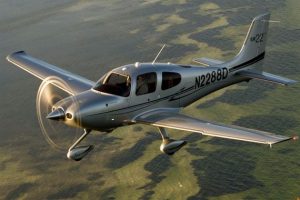