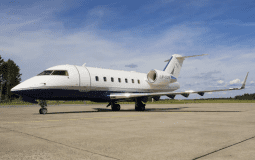 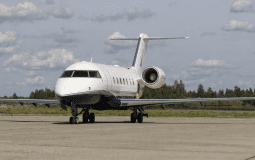 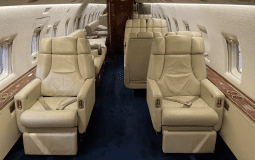 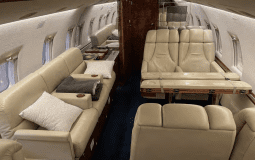 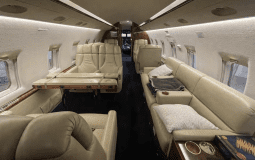 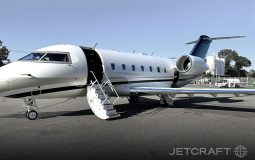 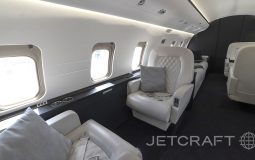 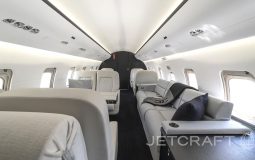 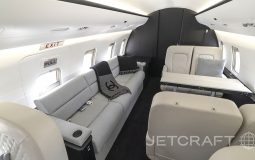 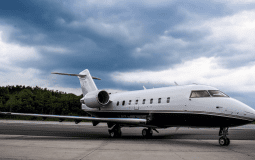 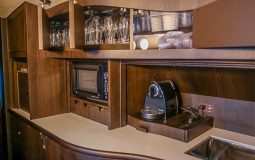 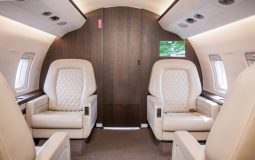 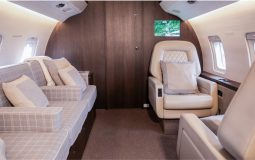 Challenger 604 For Sale – The Bombardier Challenger 600 series is a family of business jets developed by Canadair after a Bill Lear concept, and then produced from 1986 by its new owner, Bombardier Aerospace. At the end of 1975, Canadair began funding the development of LearStar 600, and then bought the design for a wide-cabin business jet in April 1976. On 29 October, the programme was launched, backed by the Canadian federal government, and designed to comply with new FAR part 25 standards.

In March 1977, it was renamed the Challenger 600 after Bill Lear was phased out, and the original conventional tail was changed for a T-tail among other developments. The first prototype was rolled out on 25 May 1978, and performed its maiden flight on 8 November. The flight test program saw a deadly crash on 3 April 1980, but Transport Canada approved the CL-600 type certification on 10 August 1980.

In 1986, Canadair was close to bankruptcy and was bought by Bombardier. The jet was later stretched into the Bombardier CRJ regional airliner, introduced on 19 October 1992, and the longer range Global Express, introduced in July 1999. The 500th Challenger was rolled out in May 2000, and the 1000th was delivered to NetJets in December 2015. By October 2018, 1,066 aircraft had been built.

The Challenger is a low-wing jet powered by two turbofans mounted in aft fuselage pods, with a supercritical wing and a stand-up cabin with two seating sections. The original Lycoming ALF 502 turbofans were replaced by a pair of General Electric CF34s on the CL-601, which also gained winglets, and first flew on 10 April 1982. Subsequent variants have updated systems, avionics, and higher weights.

The Challenger is a twin-engined business jet, described by Flight International as being a “miniaturised twinjet airliner in every respect”. While the Challenger is generally similar in configuration to previous aircraft of its type, some of its features stand out; for example, a widened fuselage allows a “walk-about cabin”. The Challenger was also one of the first business jets to be designed with a supercritical wing. The wing was referred to by Canadair as being one of the aircraft’s most advanced features. It is also capable of performing short takeoffs while maintaining the speed and comfort levels normally associated with larger jetliners.

The Challenger’s wing has been referred to as being a modified NACA symmetrical aerofoil. Akin to other supercritical wings, it features a rounded leading edge, an inverted camber, a blunt trailing edge and scalloping of the underside. The twin-spar wing box structure spans the entire length of the wing and is compartmentalised to form five internal fuel tanks; these tanks can accommodate up to 14,661 lb of fuel, nearly half the aircraft’s empty weight. The skins of the wings are produced using large milling machines, which in 1978 were claimed to be superior to anything else in North America. Many elements, such as the flaps, ailerons, and leading edge, feature conventional construction, but several parts, including the wing/fuselage fairing, flap shrouds, and wingtips, are moulded out of Kevlar, as are other elements of the aircraft.

The original CL-600 Challenger was powered by two Lycoming ALF 502L turbofan engines, which were developed specifically for the Challenger. Subsequent models adopted other powerplants, including the General Electric CF34 engine. The engines are mounted on the rear fuselage close to the aircraft’s tail, providing smooth airflow to the engines even when flown at high angles of attack, although this was in a lower position than the original LearStar concept had placed them to mitigate unfavourable pitch control characteristics. The engines are fitted with thrust reversers to decrease landing distances. An auxiliary power unit is also present for starting the engines and providing air conditioning within the cabin while on the ground.

The fuselage comprises three sections — the nose, centre, and tail — which are manufactured separately in their own jigs and joined late on in the production process. It has been designed to be pressurised at a maximum differential of 9.3 lb/sq in. Various cutouts are present across the fuselage to accommodate various features, such as a large main door on the port side of the aircraft forward of the wing, multiple regulation-compliant emergency exits, a baggage hatch on the port-side aft of the wing, and numerous windows. The fuselage diameter was designed to accommodate an unobstructed cabin floor, a cabin height of 6 ft 1 in in the centre section, and space for the wing box, underfloor integral fuel tanks, air ducts, and various control cabling. It was also designed to easily accommodate Canadair’s early plans to stretch the fuselage, for which equal-length plugs are installed fore and aft of the centre section to greatly increase the Challenger’s capacity.

Various avionics are present in the Challenger. As standard, the CL-600 is furnished with a dual-channel Sperry SPZ-600 automatic flight control system, incorporating a flight director and air data computers; more typical to larger commercial aircraft, this system is certifiable for conducting Category 3A automatic landings. The flight control system features significant redundancy, including three individual hydraulic systems; even with complete failure and the loss of one actuator, a viable level of assisted control over the key flight surfaces remains present. Weather radar and Marconi-built solid-state instrument displays are supplied as standard, as well as a Collins-built radio set; optional long-range, radio-based equipment, such as a HF radio set and VHF navigational aids can be installed.

In a standard executive aircraft configuration, the cabin is divided between the forward galley, and two seating sections, which are typically fitted with a four-chair club section followed by either a conference grouping area or divans, along with a lavatory at the aft end. The chairs are fully reclining and can swivel, while the divans can serve as sleeping accommodation. Early examples feature luxuries such as telephones, lighting controls, and stereo systems; foldaway tables attached to the cabin walls were also installed, along with a pair of wardrobes, one fore and one aft, for storing hand luggage and other small items. 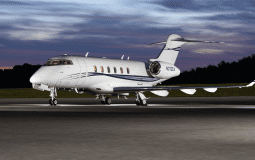 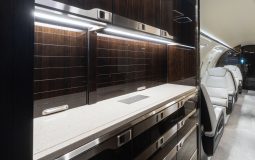 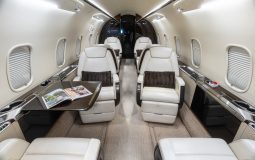 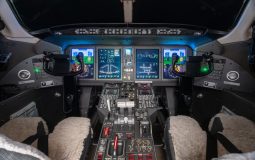 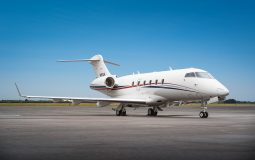 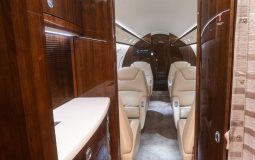 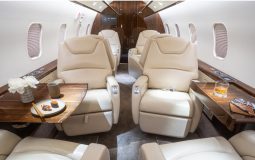 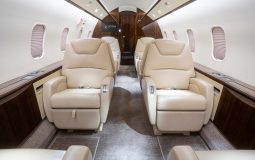 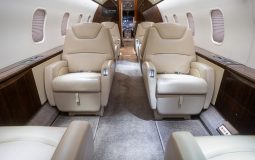