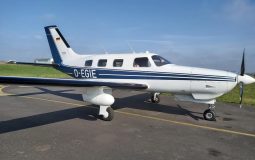 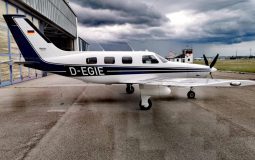 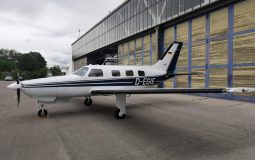 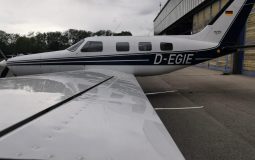 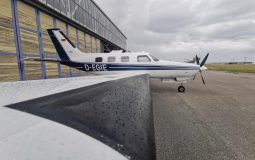 The Piper PA46 for sale or Malibu and Matrix, now known as the M-Class, are a family of American light aircraft manufactured by Piper Aircraft of Vero Beach, Florida. The aircraft is powered by a single engine and has the capacity for one pilot and five passengers. Early Malibus were all piston-engined, but a turboprop version, introduced as the Malibu Meridian but now called the M500, is also available. Currently, Piper offers the M350, M500, and M600 in the PA-46 family.

The PA-46 was the third single-engined piston aircraft with a pressurized cabin to reach the market, after the Mooney M22 and Cessna P210 Centurion, and is the only one still in production.

PA-46-310P Malibu
The first example of the initial production version flew in August 1982, and FAA certification was obtained in September 1983. Deliveries started two months later. 404 aircraft with Continental TSIO-520 engines were built before this model was replaced in production by the PA-46-350P Malibu Mirage.

The Continental TSIO-520-BE powered Malibu was discontinued in 1988 following a series of incidents and accidents attributed to engine failures. One such accident resulted in a settlement in which Teledyne Continental Motors paid $32,125,000 to a pilot injured in the crash of a Malibu.

In 1995, the pilot’s windshield became a glass assembly (earlier it had been acrylic glass with a heat strip overlay). In 1996, numerous switches were moved to an overhead console. In 1999, the Mirage gained the strengthened wing designed for the turboprop Meridian.

Piper PA-46-500TP Malibu Meridian
In 1997, Piper announced its intention to market a turboprop-powered version of the Malibu, and flew a prototype the following year powered by a Pratt & Whitney Canada PT6A-42A of 500 shp (370 kW). Certification was achieved in September 2000 and deliveries began in November that year. Changes made to allow for turboprop power include larger wings and tail surfaces. In 2009, Piper began offering the Meridian with a three-screen version of the Garmin G1000 including the Garmin GFC 700 autopilot as a replacement for the Avidyne Entegra system.