The Learjet 60 is a mid-size cabin, medium-range business jet aircraft manufactured by Bombardier Aerospace in Wichita, Kansas. Powered by two Pratt & Whitney Canada PW305A engines, it has a range (with 4 passengers and 2 crew) of 2,405 nautical miles (4,454 km) with NBAA 100 nmi (190 km) reserves, ISA.

The Learjet 60 is an improved version of the Learjet 55, with a longer fuselage and more powerful turbofan engines. It first flew on 10 October 1990 and received FAA certification in January 1993.

Modifications that converted the Learjet Model 55 into a Model 60 resulted from an aerodynamics improvement program and a need to increase the Learjet product line. Several of these modifications were a first for Learjet, including an all-new inboard wing cuff added to the inboard sections of the “Longhorn” wing and an all-new wing-to-body fairing. By increasing the wing chord and the leading edge droop, the wing cuff improved handling during approach and landing, while the wing-to-body fairing reduced the interference drag between the wing and the fuselage.

Search AeroClassifieds to find LearJet 60 Aircraft For Sale.  From our listings you can search, sort and compare all Lear 60 aircraft placed for sale globally.  If you wish to advertise your Bombardier Learjet 60 for sale then please complete the contact form. 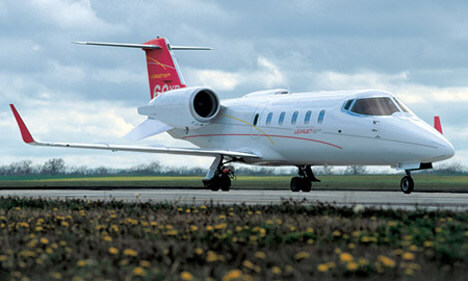