The Cessna 172 Skyhawk is an American four-seat, single-engine, high wing, fixed-wing aircraft made by the Cessna Aircraft Company. First flown in 1955, more 172s have been built than any other aircraft.

Measured by its longevity and popularity, the Cessna 172 is the most successful aircraft in history. Cessna delivered the first production model in 1956, and as of 2015, the company and its partners had built more than 44,000 units. The aircraft remains in production today.

The Skyhawk’s main competitors have been the Beechcraft Musketeer and Grumman AA-5 series (neither currently in production), the Piper Cherokee, and, more recently, the Diamond DA40 and Cirrus SR20. 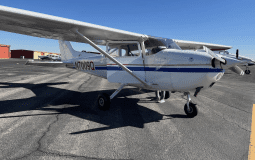 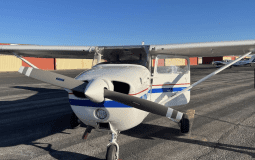 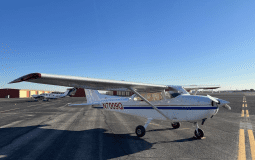 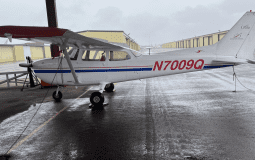 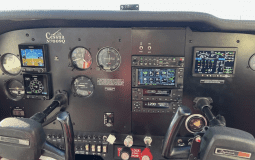 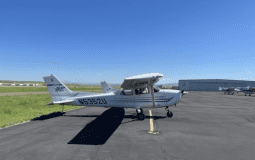 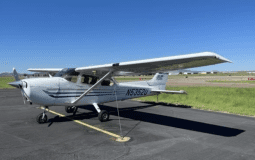 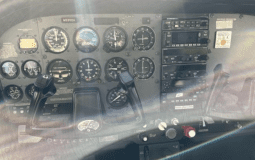 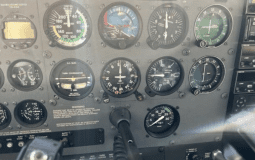 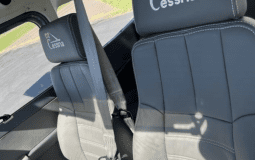 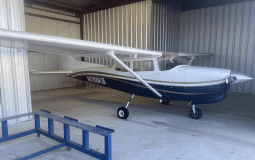 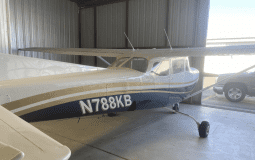 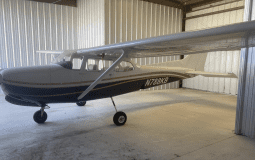 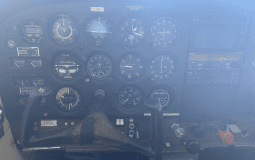 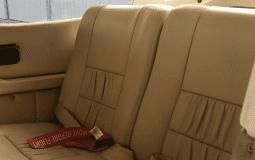 The Cessna 172 started life as a tricycle landing gear variant of the taildragger Cessna 170, with a basic level of standard equipment. In January 1955, Cessna flew an improved variant of the Cessna 170, a Continental O-300-A-powered Cessna 170C with larger elevators and a more angular tailfin. Although the variant was tested and certified, Cessna decided to modify it with a tricycle landing gear, and the modified Cessna 170C flew again on June 12, 1955. To reduce the time and cost of certification, the type was added to the Cessna 170 type certificate as the Model 172. Later, the 172 was given its own type certificate. The 172 became an overnight sales success, and over 1,400 were built in 1956, its first full year of production.

Early 172s were similar in appearance to the 170s, with the same straight aft fuselage and tall landing gear legs, although the 172 had a straight tailfin while the 170 had a rounded fin and rudder. In 1960, the 172A incorporated revised landing gear and the swept-back tailfin, which is still in use today.

The final aesthetic development, found in the 1963 172D and all later 172 models, was a lowered rear deck allowing an aft window. Cessna advertised this added rear visibility as “Omni-Vision.”

The Cessna 172 may be modified via a wide array of supplemental type certificates (STCs), including increased engine power and higher gross weights. Available STC engine modifications increase power from 180 to 210 hp (134 to 157 kW), add constant-speed propellers, or allow the use of automobile gasoline. Other modifications include additional fuel tank capacity in the wing tips, added baggage compartment tanks, added wheel pants to reduce drag, or enhanced landing and takeoff performance and safety with a STOL kit. The 172 has also been equipped with the 180 hp (134 kW) fuel injected Superior Air Parts Vantage engine.