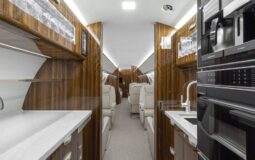 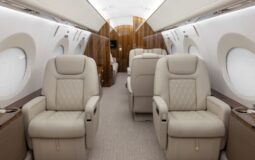 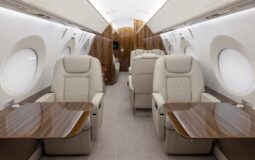 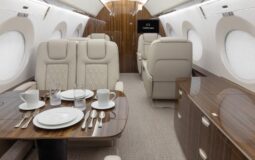 In August 2017, the FAA issued the G500 a type inspection authorization to allow in flight evaluation. The five G500 test aircraft have logged more than 3,100 hours over 820 sorties and completed cabin systems, brakes, lighting, fly-over noise and fuel systems tests. The fifth G500, with a complete interior, will be the first to enter service, as a demonstrator, before customer deliveries in early 2018. Through August 20, the G500s had flown 3,460 h over 905 flights, reaching Mach 0.995 and FL530.

The 300 flights hours of function and reliability testing required for FAA type certification was to be completed in summer 2018 after 240 were done at the end of May 2018 covering 100,300 nmi in 69 flights, along known icing flight and high-elevation certification tests: the five flight-test G500s made 1,355 flights in 4,955 hours.

On July 20, 2018, Gulfstream announced it received both its type certification and production certificate from the FAA, before first delivery in the fourth quarter. As nacelle supplier Nordam filed for bankruptcy on 23 July, initial deliveries will be slowed. Certification allowed the EFVS to provide the only visual cues for landing down to 1,000 ft (300 m) runway visual range, to touchdown and rollout, after 50 test approaches, and testing to lower visibilities could allow dropping the limit.

The first G500 was delivered on September 27, 2018. On October 1, Gulfstream announced the acquisition of the nacelle manufacturing line from Nordam.

Buy a Gulfstream G500 business jet. Search AeroClassifieds to view all G500 planes being advertised for sale globally. Search and compare G500 aircraft and use the built in contact form to send a message to the aircraft broker.

Why not also View – Gulfstream G550 Jets For Sale