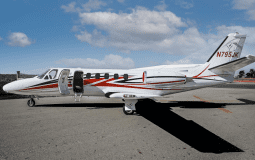 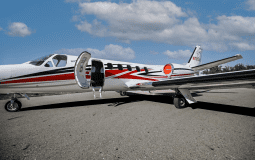 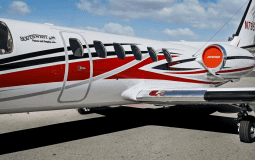 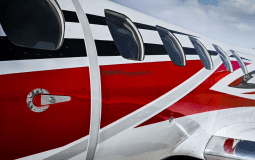 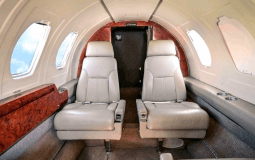 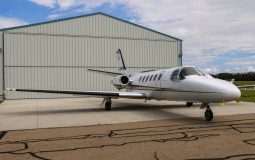 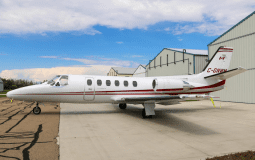 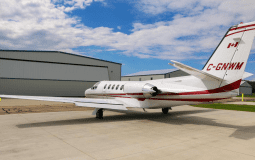 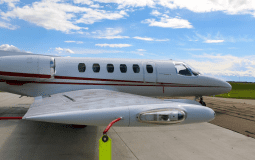 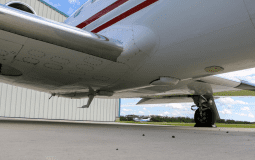 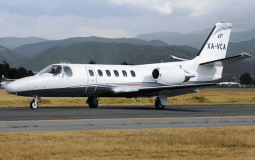 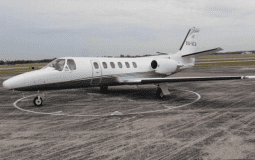 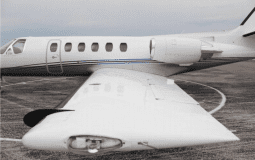 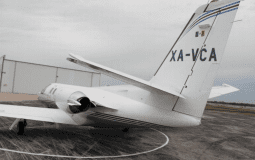 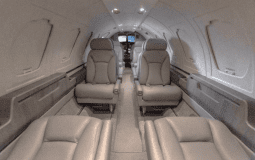 The Cessna Citation II are light corporate jets built by Cessna as part of the Citation family. Stretched from the Citation I, the Model 550 was announced in September 1976, first flew on January 31, 1977, and was certified in March 1978. The II/SP is a single pilot version, the improved S/II first flew on February 14, 1984 and the Citation Bravo, a stretched S/II with new avionics and more powerful P&WC PW530A turbofans, on April 25, 1995. The United States Navy adopted a version of the S/II as the T-47A. Production ceased in 2006 after 1,184 of all variants were delivered.

The stretched Citation was announced in September 1976, it first flew on January 31 1977 and FAA certification was awarded in March 1978. The II/SP (Model 551) is the single pilot version, type certificated to slightly less stringent FAR Part 23 standards, with a slightly reduced maximum takeoff weight (MTOW) at 12,500 lb (5,700 kg) and minor changes in cockpit equipment. As the II and II/SP are otherwise largely similar, the 800 lb (360 kg) reduction in MTOW of the II/SP often mandates operating with a reduced fuel load, shortening the aircraft’s loaded range compared to the standard II. Both the II and II/SP require special training to be operated by a single pilot.  A total of 688 II and II/SP aircraft were delivered.

The improved Citation S/II (Model S550) was announced in October 1983 and first flew on February 14, 1984, before certification in July. It gained a supercritical airfoil with swept wing roots, aileron and flap gap seals, and a fluid deicing system instead of the pneumatic deicing boots used on earlier Citations. To further reduce drag, the fuselage and engine nacelle pylons were redesigned, and nacelle fairings were added. Fuel capacity was also increased by 120 US gal (450 l). The result of the improvements was a cruise speed of 403 kn (746 km/h)—exceeding 400 kn, felt to be an important marketing benchmark by Cessna—and a range of 1,378 nmi (2,552 km) with a 45-minute fuel reserve. The improved 2,500 lbf (11 kN) JT15D-4B engines had higher temperatures components, allowing more thrust at higher altitudes.

The S/II replaced the II from 1984, but some potential buyers objected to the sharp price increase from US$2.6 million for the II to US$3.3 million for the S/II, prompting Cessna to reintroduce the II in late 1985; both were built until the Bravo introduction. Deliveries of the S/II amounted to 160, including fifteen T-47A aircraft purchased by the U.S. Navy. The S/II’s higher performance coupled with its lower production numbers led to substantially higher demand on the used aircraft market compared to the standard II and II/SP.

You Could Also Consider a Cessna Citation I Or Cessna CJ1 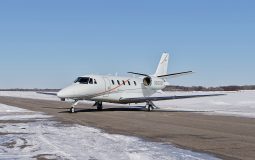 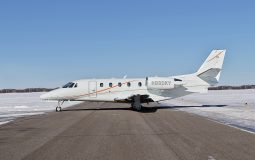 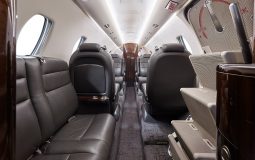 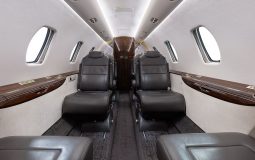 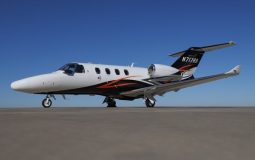 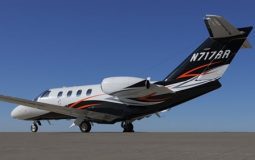 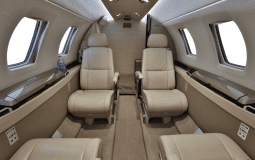 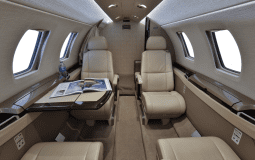 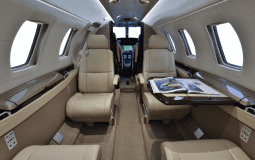