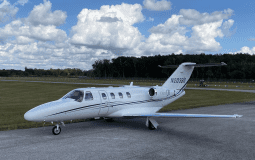 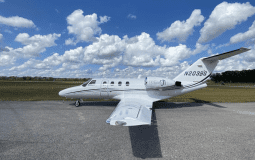 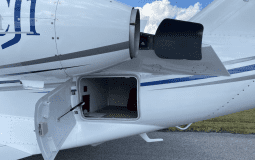 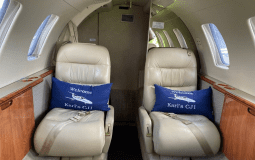 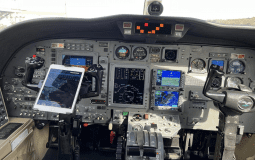 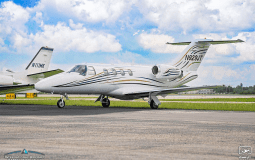 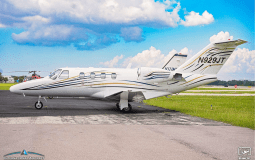 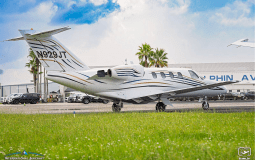 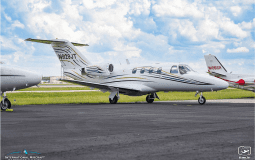 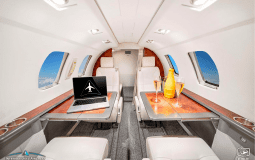 Model 525 serial numbers 0360 to 0599 are marketed as the CitationJet CJ1 and are powered by the same Williams FJ44-1A. It was improved with a Pro Line 21 avionics suite, and a moderate increase in maximum takeoff weight.

Model 525 serial number 0600 and higher are marketed as CitationJet CJ1+ and are powered by Williams FJ44-1AP turbofans. With the same airframe, it has Pro Line 21 avionics package and FADEC engine control.[14] It was certified in 2005.
The GE Honda HF120 engine was announced as a retrofit option for the CJ/CJ1/CJ1+ in 2014

Looking to buy a Cessna CJ1?

The six-seat CitationJet is a monoplane with a cantilever wing, a retractable tricycle landing gear and a pressurized cabin.

The CitationJet retains the 58 in (147 cm) inside diameter, circular fuselage cross-section of the Citation I and II, a semi-monocoque construction of conventional aluminum alloys assembled with rivets, fasteners and adhesive bonding. To reduce interference drag, a large fairing encases the low wing center section, and the engines are mounted high on the tail. Composite materials save weight in non-load-bearing components including fairings and the nose radome. The cockpit features EFIS avionics; fuselage length is reduced 11 inches (27 cm) compared to the Citation I, and cabin length is reduced by 1 ft 6 in (46 cm), but with a lowered center aisle for increased cabin height.The cockpit side windows are slightly smaller than those on earlier Citations to lessen interior temperature differences between the cockpit and the main cabin.

Wing structure is a conventional ladder with chord-wise ribs over front and rear spars, and an aft sub spar to support the landing gear. The NASA high-speed 0213 airfoil sustains natural laminar flow over 30% of the upper surface for 10-15% better lift-to-drag ratio than the larger NACA 23000-series wing of the Citation I. To maintain the wing’s laminar-flow qualities and reduce weight, icing protection is provided by ducted bleed air rather than the deicing boots or fluid deicing systems used on earlier Citations.

Its FJ44 engine has a 16:1 overall pressure ratio and a 2.58:1 bypass ratio. Early CitationJet models have a novel design feature to reduce weight: rather than conventional thrust reversers, the aircraft are equipped with thrust attenuator paddles that pivot from the rear fuselage, similar to those used on the Cessna T-37 Tweet military trainer.

You Could Also Consider a Cessna CJ2 Or Phenom 100

Cessna CJ1 for sale
Need to sell a Cessna CJ1?