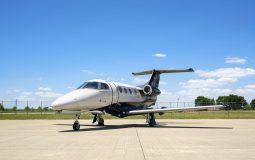 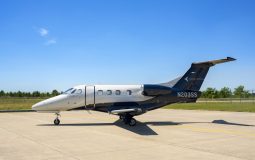 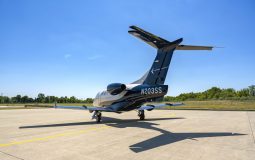 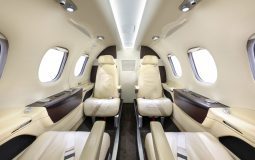 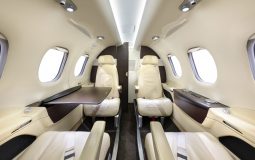 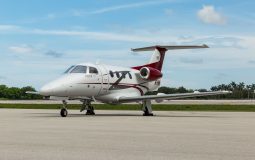 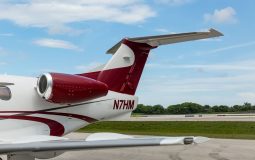 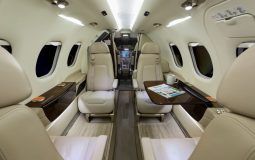 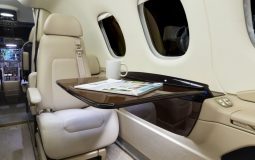 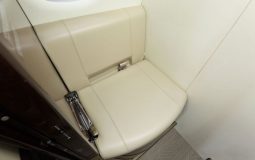 Phenom 100 For Sale – In May 2005 Brazilian aircraft manufacturer Embraer first revealed it was developing a new aircraft that would, initially, be marketed in the category of Very Light Jet.

It was created using four main principles: that it was easy to operate, simple to maintain and was outstandingly reliable. It would also be designed to have an extended economic life of 35,000 life cycles, 20,000 more than its nearest competitor.

The Embraer Phenom 100 first took to the skies in July 2007. Following this, four prototype aircraft underwent a further 1,600 flight hours in order to further develop the jet.

The Phenom 100 received certification from Brazil’s ANAC national civil aviation authority at the beginning of December 2008. The US FAA certification followed three days later. Embraer announced that the first delivery of a Phenom 100 jet was made on 24th December to Houston, Texas. Between 10 and 15 more jets were delivered before the end of the year. European certification was awarded in 2009.

The Embraer Phenom 100 was designed for use by a single owner-operator, although there is cockpit space for two pilots. Although classified as a Very Light Jet it became known as a classic entry-level jet, with the biggest cabin in its class. It is used by private owner-operators and also by several airline training departments, including Etihad and Emirates.

The move to Florida

In 2011, Embraer opened an assembly plant in Melbourne, Florida, its first in the US. This was initially for the exclusive manufacture of the Phenom 100, but they also began the production of its successor, the Phenom 300, there later. The Melbourne site also holds a sales centre for the Phenoms and a service centre for all Embraer’s business jets.

In 2017, the RAF took delivery of two RAF Phenom 100s. These were made at the Embraer plant in Florida but came to the RAF via their military facility in Brazil. These planes are used for multi-engine aircrew training, replacing the King Air B200 and B200GT.

Variants
The Phenom 100 spawned two later variants, the 100E, which arrived in 2014, and the 100EV (2016). Both were very similar to their parent jet but the 100E had multi-function spoilers and an upgraded interior. The 100EV was given upgraded engines and avionics.

Take a look at AeroClassified’s range of used Phenom 100s

Airborne from below, clean configuration, showing its straight wing

It has capacity for four passengers in its normal configuration, but it can carry up to seven passengers with a single crew, with an optional side-facing seat and belted toilet. The cabin interior is designed by BMW DesignworksUSA.

Also why not review the Phenom 300